Summer is finally over and the Insulator 2016/17 school term is well on its way. The 3rd year class had full registration but 2 students dropped the class at the last minute and with no students on the waiting list. The 1st year class is full.

Included in the report below are the statistics of students for the 2016-2017 school year. 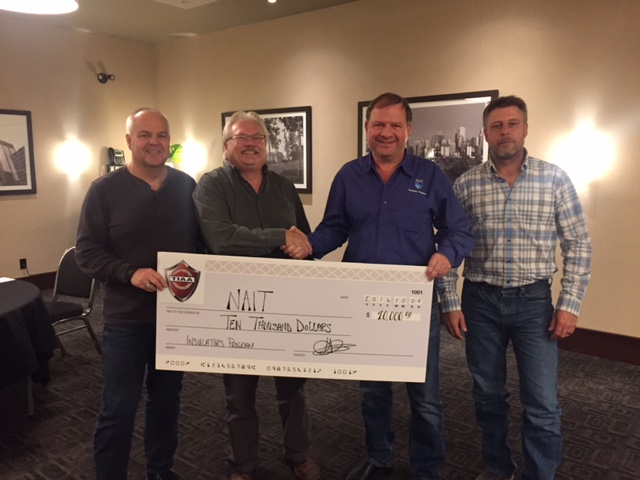 The 2015-2016 school year is off to a good start both the 1st and 3rd where full with 1 medical leave. Classes started on Tuesday, September 8th with 24 students each in the 1st year and the 3rd year classes. Many projects occurred over the summer to enhance the education in our Insulator Program. Instructors were kept very busy organizing and setting up stations and organizing the new Quonset in the back compound for the new school year that was approaching.

Class dates for the rest of the year are as follows:

NAIT have released their flow sheets for next year’s classes and registration opens on May 16, 2014. To see what classes are available go to www.tradesecrets.gov.ab.ca. 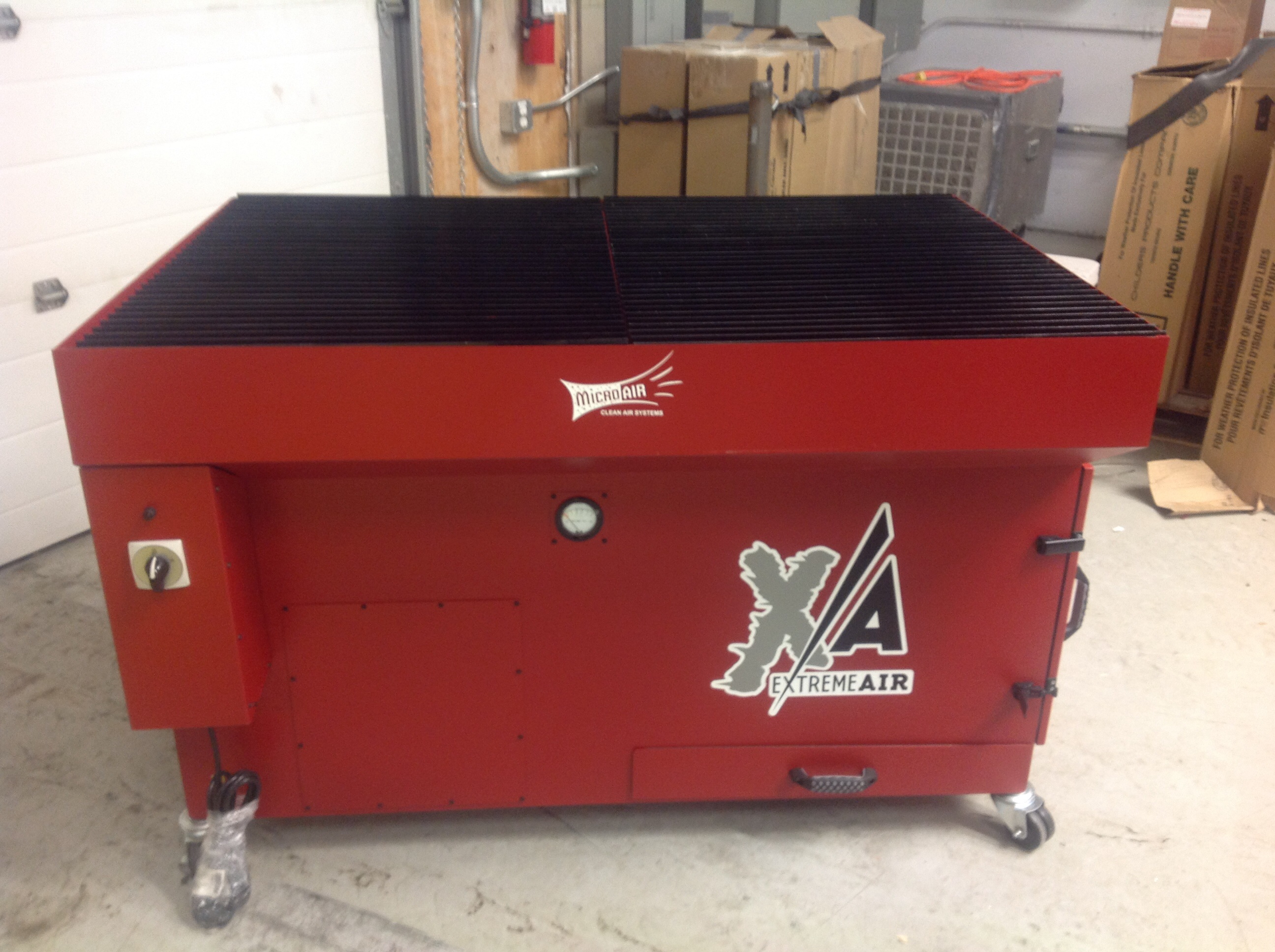 These tables have a suction filter system that pulls airborne contaminants through a filter, which is easily cleaned at end of each shift with removable drawer. 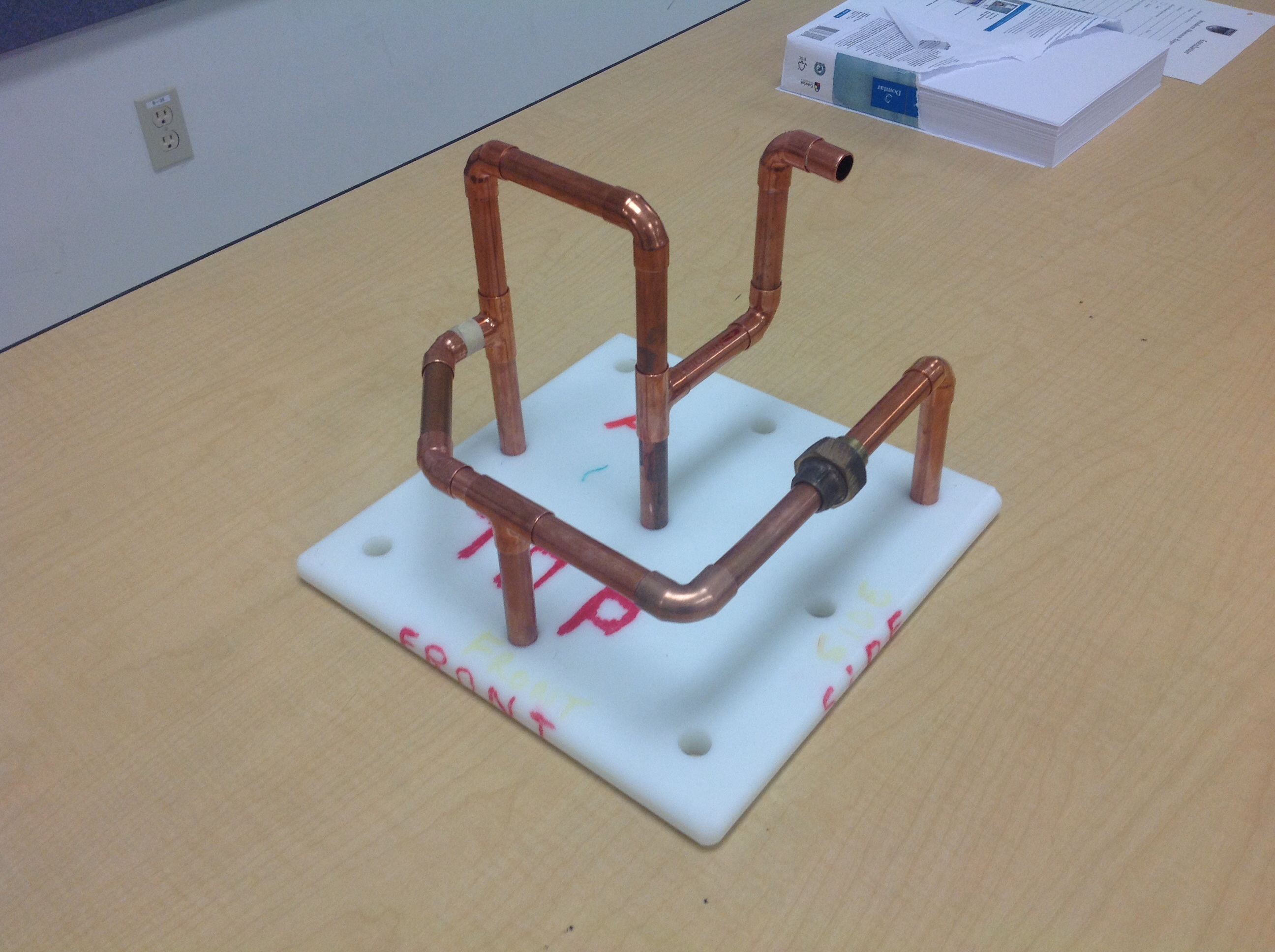 This picture (see above) is of a new classroom prop we use in Blue Print Reading. It is used explain and help in the development of orthographic and isometric drawings. This is adjustable with a variety of fittings valves and elbows. This prop has proven to be effective in opening student’s vision of afore mentioned drawings. 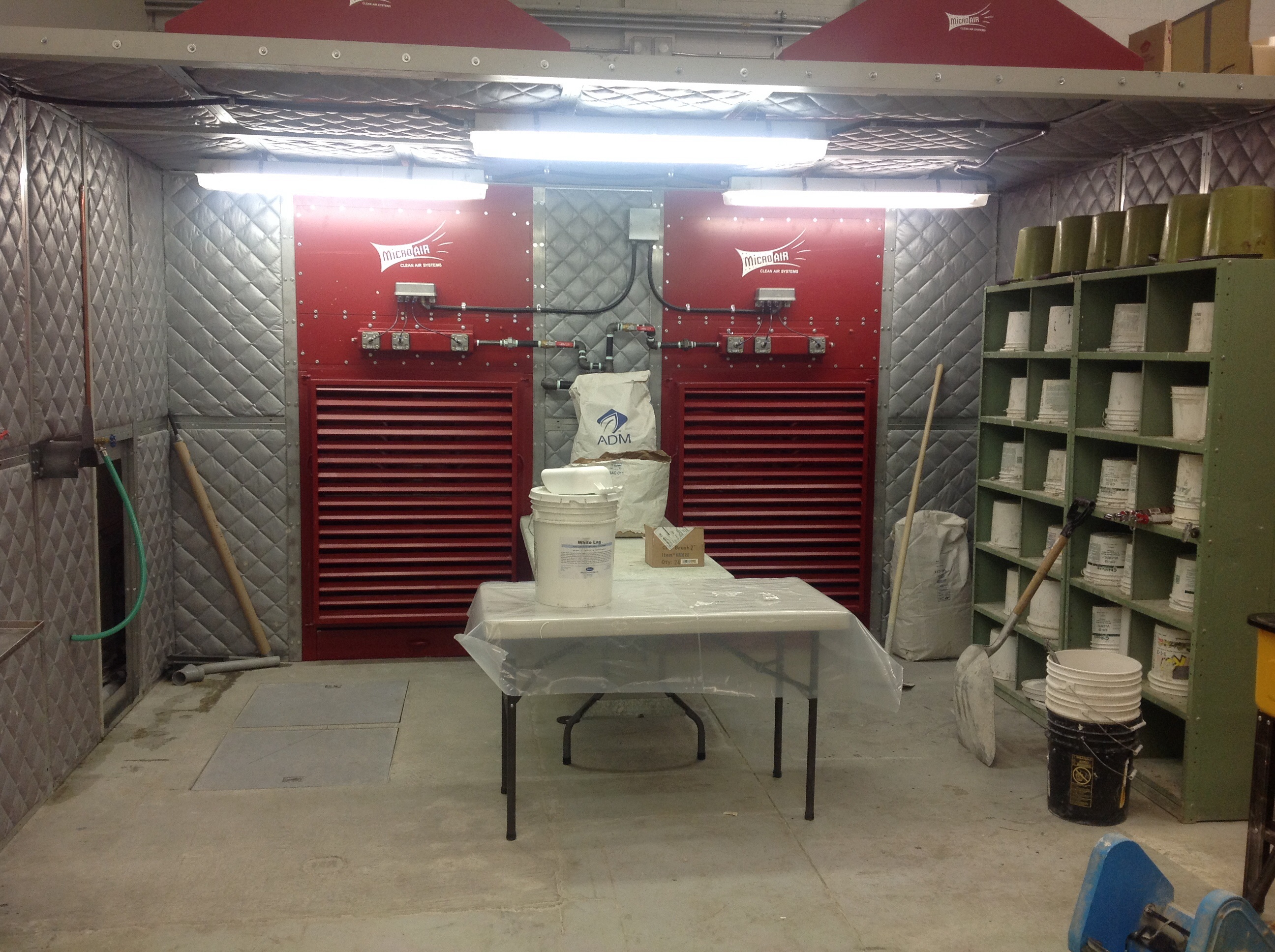 The last picture (see above) is of our new mud mixing area is a filter bank that draws contaminated air in and keeps dust levels down. It is easy to clean and maintain (TIAA).

Asbestos Removal and Abatement classes are being offered at NAIT at the following dates - April 12 - 13, May 31 - June 1 and July 29 - 30. NAIT is also offering Asbestos Courses and Asbestos Recertification Exams on request. For more information contact NAIT Continuing Education at 780-378-5383. Fred Savoie is our Asbestos Lead if you need call him at 780-378-7313.

Local 110 and the Insulator Training and Trust Fund have donated 24 Lap Top computers for the Math and BPR programs. These are currently being used by the present classes.

In May 2010, TIAA donated $250,000 to the Northern Alberta Institute of Technology (NAIT) in Edmonton, Alberta, in support of their Thermal Insulator Apprenticeship program. This funding will be used to fund the capital and supplies needed to build, expand, renovate, maintain, equip and operate the program. As a term of this agreement, Insulator Lab P151 has been renamed the Thermal Insulation Association of Alberta Lab. 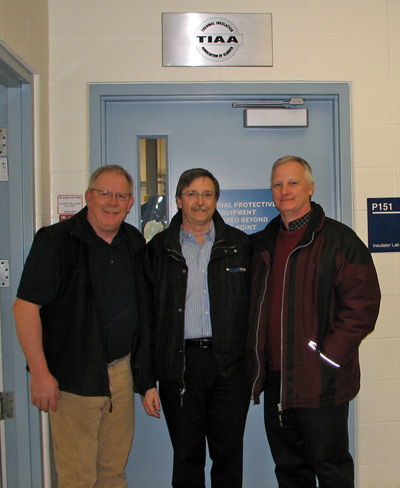